HOUSTON (AP) – One person was killed and four injured in dozens of gunshots near a club in north Houston early Sunday morning, authorities said.

Officials believe that just after 2 a.m. Sunday, gunmen got out of a car and opened fire on people in the club’s parking lot at 5121 West FM 1960. Harris County Sheriff Ed Gonzalez.

“It looks like more than 50 shots were fired here, which is a very scary situation,” Gonzalez said, noting that there was also a food truck nearby.

Gonzalez said it appeared that at least one AK-47 assault rifle was used at the time of the shooting.

“It’s a pretty powerful thing that we see here on the streets,” he said.

He reported that two men and three women were injured. One of the men died, but Gonzalez said Sunday the condition of the others was unknown.

Police said they were looking for the shooters, who have not yet been identified.

Gonzalez asked anyone with information to contact the police.

Who wants a pre-made diner for the low price of free? There is one in Douglass, KS
2 mins ago 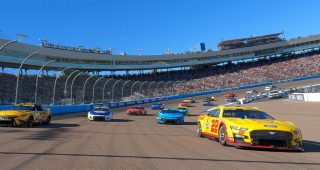 Pawnee County officials plan a trip to Topeka
8 mins ago