A former Missouri City cop who paid a teenage hit man to kill his ex-wife in 1994 is to be executed on Tuesday, January 10.

The video above was originally broadcast on November 10, 1994, the day after Farah Fratt’s assassination.

Prosecutors portrayed Robert Fratta as a sexual pervert whose motives were a messy divorce, a bitter custody battle, and insurance policy money.

In 1996, it took a jury less than an hour to convict Fratta, and they sentenced him to death. He showed no emotion, but family members on both sides were crying.

“The girl still asks her mother. “Mommy, I love you, Mommy. I miss you mommy,” Lex said. “I know that you are in heaven, and someday when I die, I will meet you in heaven.”

“I can’t wait for the day when I see him lying on the table waiting for an injection. It will be justice for me,” Farah’s mom, Betty Baker, said after the first trial.

Justice will not come to the relatives of Farah Fratta for a long time. Thirteen years after she was killed, her husband’s conviction was overturned due to inadmissible evidence.

During the retrial in 2009, the couple’s children, then of age, testified against their father, and Fratta was convicted and again sentenced to death.

Now 65, after 26 years on death row, a judge has finally set a date for his execution. It was too late for Farah Fratta’s father, who died in 2018.

On November 9, 1994, Farah Fratta returned to her home in Atascochita after getting her haircut. The 33-year-old man had no idea that the shooter was hiding in the backyard. Waiting.

Neighbors across the street heard the first shot.

“We heard something outside, like a pop, and I got up to look out the window, and while I was doing this, we heard a scream, and I saw Farah fall … and then we heard another shot,” said Laura Hoelscher “48 Hours Mystery”. correspondent Richard Schlesinger in 2010.

She and her husband Darin saw Farah Fratta lying near her car and called for help.

“That’s when we realized she wasn’t getting up, we dialed 911,” Hoelscher said. “I just started telling them about what we saw.”

While she was on the phone with the dispatcher, Hoelscher saw a man hiding behind a tree.

“There’s someone there!” Hoelscher said. “There is a black gentleman in a black shirt and black pants. Lady in her garage. She was shot twice, two shots. Oh my God”.

WATCH: Fratta was convicted again in a retrial in 2009.

The night Farah Fratta was killed, the children — Bradley, 7, Daniel, 6, and Amber, 4 — were with Fratta during his weekly Wednesday night visit. He usually took them to dinner with him, but that evening he took them to church. Prosecutors said it was all part of his evil plan.

“How many people use the church as their alibi and use their own children as their alibi? Who is doing this? Prosecutor Kelly Siegler told 48 Hours Mystery.

Bradley remembers his father taking them home after church that evening.

“The first thing I remember is yellow tape everywhere,” Bradley told 48 Hours. “I just remember arriving there and my father was very surprised at what was happening.”

Farah Fratta’s parents rushed to the house after a neighbor called them and said their daughter had been shot twice in the head.

“Her eyes were open. And I just put my hand on her—just closed her eyes. And I felt it. She was cold. It hurt so much,” Betty said. “… one man destroyed a mother and three children.”

“The first thing that came out of my mouth was, ‘Where is that son of a bitch? Speaking of my brother-in-law, Bob Fratt,” Lex said in 2010, “I immediately knew that Bob had something to do with it.”

Homicide detectives also suspected Fratta, but it took them several months to gather enough evidence to charge him.

Chapter 3:
“My mother was in danger”

Fratta had already been on the radar of HCSO Detective Larry Davis months before Farah Fratta was shot dead.

She called the sheriff’s office one night after waking up to see a masked man standing over her with a stun gun.

“I woke up to my mother screaming,” Bradley said. “I had no idea what was really going on. All I know is that my mother was in danger and something was wrong.”

After using a stun gun on Farah Fratt, the assailant left and was never caught.

She told investigators that she thought her husband had something to do with it, but there was no evidence.

After being interrogated by homicide detectives the day after she was killed, Fratta walked smugly towards the cameras with a big smile on his face.

“He’s just nonchalant… he’s showing off to the camera,” Davis told 48 Hours Mystery. “He gave every indication that he could get away with this murder.”

The detectives were determined to make sure that didn’t happen. They didn’t make much headway at the first interrogation, and Fratta tried to shift the blame to someone else.

Interviewer: What’s wrong with this picture? Your wife lives in an above average area. And there is very little going on, I know that for sure. taken from her.”

Fratta: “Hmm, all I can say is look at her lifestyle. She went to clubs a lot, made her breasts, flaunted a lot.

Detectives searched Fratta’s car and found $1,000 in the glove box, the same amount they promised the killer.

They began to follow Fratta and talk to people who knew him.

He spent a lot of time at the gym, where more than a dozen workout buddies told investigators that Fratta talked a lot about getting rid of his wife.

One guy said that Fratta had a list of his wife’s activities and he was going to hire a gang member to kill her. Others said that he was asking around to find someone who would do it. They told investigators they didn’t call the police because they didn’t think he was serious.

Although Fratta thought attending the church would provide the perfect alibi, his actions there turned out to be his downfall. The children and several witnesses at the church told police that Fratta talked a lot on the phone that night.

Phone records showed that he called Mary Gipp, whose roommate was Joseph Pristash, a former prisoner and one of Fratta’s training partners.

“In my opinion, she was the key to this case,” Davis said.

When she was threatened with indictment in the case, she finally spoke up in exchange for immunity. She said that Pristash brokered a deal for Fratts’ jeep. He hired their neighbor, 18-year-old Howard Guidry, as a curator and promised him $1,000.

Guidry was the man in black seen by the neighbor after the shooting, and Pristash picked him up.

Gipp stayed at home and watched ice skating on TV until Pristash returned.

“I asked him if she was dead. That was the only thing I asked about,” she told Schlesinger. “And he said, ‘Yes.’ And I said, “How do you know?” And he said, “Because I was there. And I saw her.”

Guidry had already been behind bars for a bank robbery following the murder. He used the same weapon for both crimes, and traces of him can be traced back to Robert Fratta.

Guidry and Pristash confessed and confirmed that Fratta planned everything. Both were later convicted of capital murder and sent to death row.

Before his arrest, Fratta tried to get custody of the children who were with his wife’s parents. Lex and Betty, still mourning their daughter, were shocked that he was legally allowed to visit the children.

Over the years, they have gone their separate ways to deal with the realization that their father killed their mother.

She was 18 when she ran into her father while he was in jail awaiting a second trial. It was the first time she had seen him in 14 years.

“He had a smile on his face, as if he didn’t have any emotions for him at all,” Amber recalled. “He had the audacity to tell me please see a Christian psychologist. By that time I had heard enough from him. Basically, I let him know that when he dies, there will be a needle in his arm and I want to be there.”

On her 19th birthday, Amber stepped forward and asked the jury to send her father to death row.

“Mom wasn’t there for my first date, my first kiss, and she won’t be at the birth of my kids,” she said.

Daniel admitted that throughout his life he had anger issues and had some run-ins with the law.

“I have always been frustrated. I have seen children with their dads or their mothers. I was always jealous, always angry,” Daniel said. “It seems to me that all this is directed at my father. He makes me so angry.”

“I still pray to her every night,” Bradley said. “Dear Mommy, I love you and miss you and I will never forget you. And I will continue to pray for you every night as long as I live.”

Some family members will be in Huntsville to witness Fratta’s execution. KHOU 11 reporter Grace White will also be present as a witness. 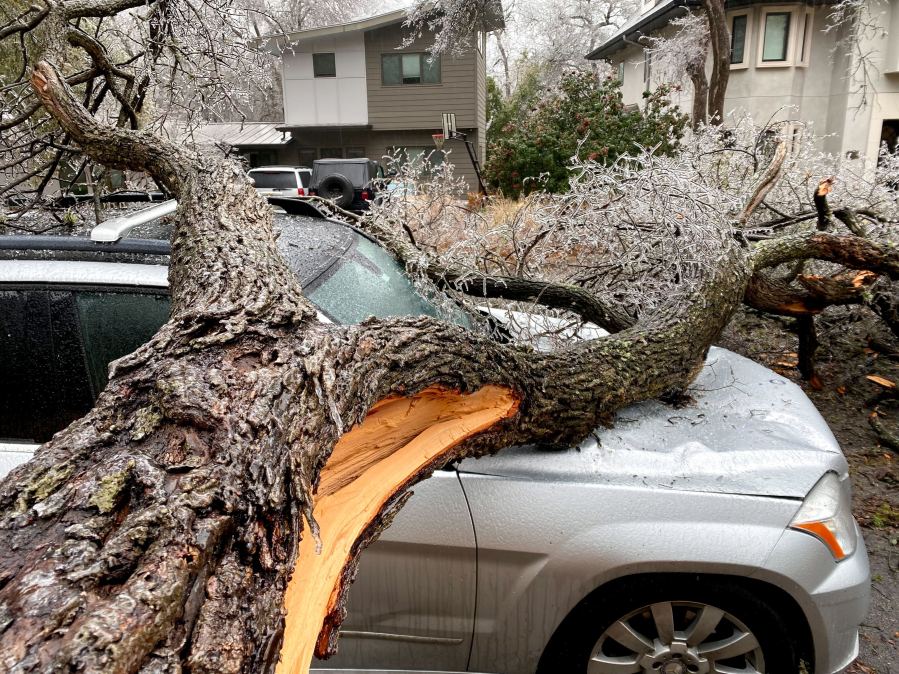 Florida School Health Questionnaire Asks About Periods, But Female Athletes Are Not Required To Answer 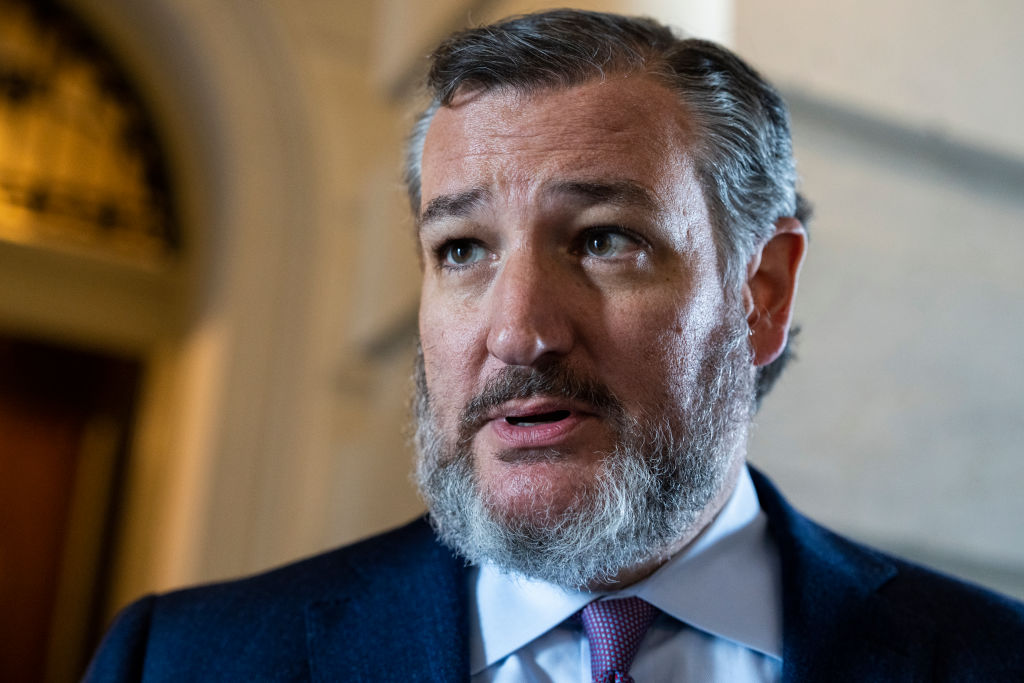 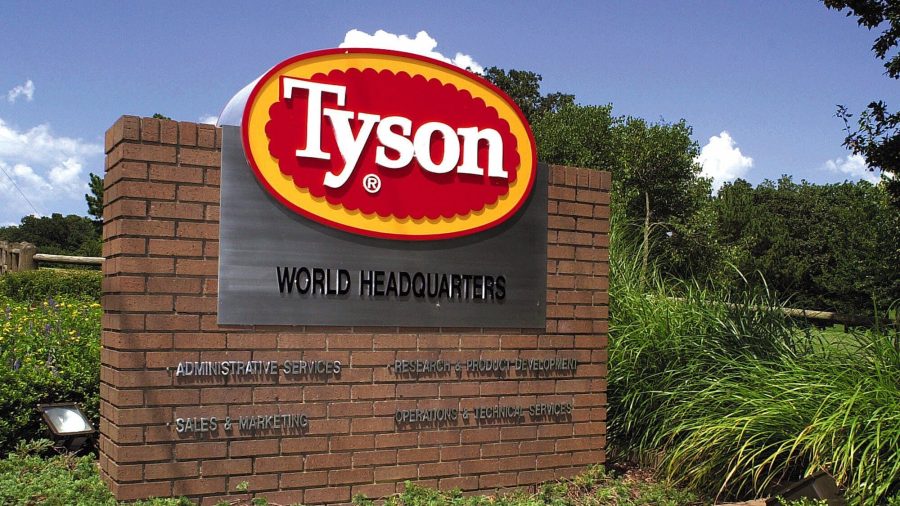 The director of a Mexican zoo killed and cooked four pygmy goats for a Christmas party.
3 mins ago

Who will clean up if a neighbor’s tree falls into your yard?
4 mins ago

Florida School Health Questionnaire Asks About Periods, But Female Athletes Are Not Required To Answer
5 mins ago

Florida School Health Questionnaire Asks About Periods, But Female Athletes Are Not Required To Answer