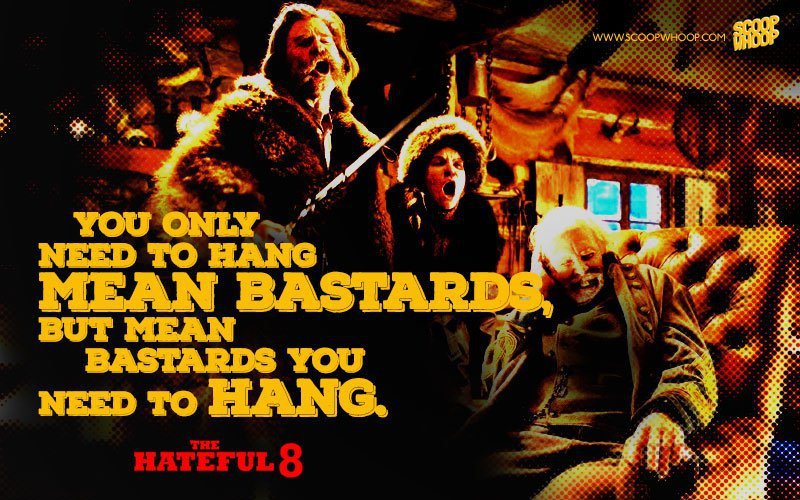 It takes brilliant skill and a keen eye to create fantastic films that will stand the test of time. Some of the most superb film directors became famous because of a specific style they use when making movies.

One aspect to remember is that a film can only be as excellent as the director calling the shots. That’s because a film director has control over the aesthetics of the movie, as well as the cast, production design, soundtracks and how the actors should portray their characters.

So which directors are responsible for making the most famous movies of the 21st century? That’s what we’ll be covering in today’s article. Find out more about who were the brains behind all your favorite movies.

We mentioned that most film directors become famous because of the unique style they use when making films. Well, if you’re a Quentin Tarantino fan you’ll be able to spot his style immediately.

Quentin uses unique camera angles for his films and you can spot them in many of the movies he’s made. One particular camera angle he is known for is the famous trunk shot which consists of a character looking into the boot of a car. This camera shot was featured in six of his movies.

Another reason to love Tarantino films is his use of dialogue. Usually, when characters talk too much in a film it can lose the attention of the audience. But not with a Tarantino film. You’ll find yourself listening intently to every word the characters are saying in a Tarantino movie no matter what they’re talking about.

It’s no wonder the Quentin Tarantino net worth is so large because he has a loyal fan base and actors love working with him because of his unique filming techniques.

Christopher Nolan is an American British filmmaker that has made over 10 movies. His films have brought him over 34 Oscar nominations and 10 wins. He is most famous for his Dark Knight films which are a depiction of DC’s dark crusader, Batman.

Nolan is excellent at making jam-packed action films with brilliant CGI work and stunts. He’s also very particular about the actors he selects to portray characters in his films. That’s why the characters in his movies always leave a memorable impression on his audience.

Christopher Nolan is also known as an auteur filmmaker and many of his movies are influenced by film noir. He prefers actual movie locations over created studio sets to make scenes more realistic.

Steven Spielberg is able to reconnect you with your inner child with his fantastic adventure films. Some of them are light-hearted and others will keep you on the edge of your seat with all the explosive action and dramatic scenes. He has made over 130 movies so far.

What sets Spielberg apart from any other adventure filmmaker is the humanity he puts into his work. He creates emphasis on sentiment and exploration in his films that evoke emotions which is a skill most directors don’t seem to achieve these days. A Steven Spielberg movie will make you want to go out and explore the world.

When there were talks about making a film adaption of The Lord of The Rings no one thought that it could be done. But Peter Jackson was able to do it and they will go down in history as probably the greatest films of our time.

Peter Jackson is known for his auteur film style and real movie location scenes. He creates finesse and artistry in every scene he directs. His movies are well choreographed and he utilizes many camera angles to capture these unique scenes.

Jackson is also extremely particular about the costume design for his characters. For The Lord of The Rings film costume makers spent many hours a day making chainmail for the warrior characters for the movie. It’s said that the designers made seven miles of handmade chainmail for the battle scenes in the movie.

5. Mel Gibson for His History Films

Mel Gibson isn’t simply a brilliant actor, but he is also a famous director that has made remarkable films in Hollywood. Perhaps the most famous of his movies are those that depict history such as The Passion of The Christ.

Although Mel Gibson shows a lot of violence and bloodshed in his movies, his history films are the closest to the truth of what happened thousands of years ago.

There’s no doubt that Gibson’s film directorial work is impressive and always gets people talking. He has a distinctive way of delivering intense battle scenes on screen. His film Apocalypto and Hacksaw Ridge are films that have the most jarring sequences that aren’t for the faint-hearted.

Mel Gibson’s films are famous because of the realism he creates in scenes. All films have to be convincing but Gibson’s films always make you feel empathy for characters and their situations. There’s always a lesson to be learned with a Gibson film.

Films: The Passion of the Christ, Apocalypto, Hacksaw Ridge, Braveheart

Tim Burton is famous for his dark aesthetics in both his live-action and animated films. Much like Quentin Tarantino, Tim Burton uses the same styles in many of his films. You’ll notice that he utilizes the same costume designer (Colleen Atwood) and music composer (Danny Elfman) for his movies.

Burton also uses the same makeup style for his characters such as pale skin, dark eye shadows and red lips. He creates an easily identifiable visual style that revel in gothic imagery.

Most of Burton’s animated films are done in a stop motion style. Characters’ eyes are large and their forms are gaunt & dark. Burton also loves to use theatrical music in his dramatic scenes and ambient sounds for flowery landscapes & magical places in his movies.

Tim combines fantasy with horror which creates unique effects in both his animated and live-action movies. The color schemes are important in creating the gothic aesthetics in a Burton film. Crimson, black, lime green, gray and powder blue are prevalent colors used in his scenes.

He also utilizes patterns such as black and white strips or spirals that are either printed on clothing or parts of the movie set.

Did you know that these famous people directed most of the classics you’ve seen?

Now, who is your favorite movie director of all time? Let us know by leaving a comment below. We’d love to hear your thoughts on these famous movie directors and the classic films they’ve made.

All about Sylvester Stallone: Net Worth, Personal Life, Achievements & More

Making it in Music: 7 Under 30 Musicians’ Success Stories