A racist epithet sprayed onto the home of a star school quarterback last month in Allen sparked outrage and sadness, and renewed calls to confront racism.

The family believes Mike Hawkins Jr – one of the top high school football recruits in the class of 2024 – was targeted after his parents put their house up for sale.

The racist language – “WE DON’T NEED YOU HERE IN ALLEN (N-word)” – was written in foot-high black letters on the left side of the house’s white garage door. They wrote a statement to the police.

Community members were quick to denounce the vandalism and said they intended to find out who was responsible.

“To learn about this incident is extremely disappointing,” said Allen Mayor Ken Fulk. “This language and behavior is inexcusable and has no place in a supportive and welcoming community like Allen.”

Colleen Packer, member of the city’s Community Engagement Council, said the community must work together to fight racism.

People can’t just say, “We’re not like that,” he said. “We are deceiving ourselves if we are simply on the defensive.”

“This is not true. This is unacceptable,” said Packer, whose three children attend Allen schools. “Leaders in our community must do everything they can to root out hate and promote love and inclusion.”

A five-time state champion who plays in a $60 million stadium, Allen is one of the most famous state and national high school football programs. Notable alumni include future Heisman Trophy winner and future No. 1 overall Kyler Murray, who now plays for the Arizona Cardinals.

And after Murray’s historic performance at Allen, the quarterback position at the school became very popular.

Hawkins, a four-star rookie, is the No. 15 quarterback in the nation and No. 1 in the Dallas area according to 247Sports.com. He was Allen’s highest-ranked quarterback recruit since Murray.

Joe Martin, who coached at Allen from 2001 to 2003 and is now executive director of the Texas High School Football Coaches Association, said the quarterback job at all levels of the game requires increased attention and control.

This could include social media harassment, which Mike Hawkins Sr. said his son experienced during his two seasons in the starting lineup, or criticism and comments from outside.

Although he said he had never witnessed or experienced a situation like Hawkins’ while coaching in North Texas, Martin said the athletic departments should have a child protection plan.

“For some people, it’s terrible,” he said. “For other people, this is real life, and this is what [Hawkins Jr.] passes, obviously.

Racist incidents involving high school football teams across the country, including hate-filled group chats and social media posts, have sparked talk this year about racing and programs to change the situation. No cases were reported in either Allen or North Texas at the time.

According to the 2021 Census report, Allen’s population is 61% white and 9% black. This largely reflects Collin County, where over 67% of residents are white and about 11% are black.

This is not the first time racist graffiti has appeared in Collin County.

Last month, about a dozen homes on Hidden Cove Drive in Plano were vandalized with racist slurs and Bible verses.

Police have identified the 19-year-old suspect, who lives out of state and was visiting family during the holidays, Plano police spokeswoman Jennifer Chapman said.

The man is suspected of breaking into a barn and stealing spray paint, which he used to paint houses and cars. The neighbor’s outdoor camera captured his images of the suspect, who has yet to be arrested.

On the outside of the church, someone painted a racist slur and a dozen swastikas with the words: “Not my best work yet…”.

McKinney police later arrested the 17-year-old in connection with vandalism.

“These acts of violence are disgusting and the work of ignorant, hateful fools,” McKinney Mayor George Fuller said at the time. “Not a member of our community.”

“Bring the Community Together”

An Allen ISD spokesman said the school district is in contact with police to offer assistance in the latest act of vandalism.

“Any instance of hate speech, no matter where or how it occurs, goes against the core beliefs of our school district and has no place in our community,” spokesman David Hicks said in an email.

Martin, Allen’s former coach, said he was upset that the sport is dividing any community.

“I think it’s important to talk about how athletics brings society together,” he said. “My heart breaks when I see a sport-related incident that separates us.”

Despite the flood of applications, San Antonio is leaving 15% of ARPA mental health money on the table.
43 mins ago

A shooting is reported at the Pflugerville shopping center.
48 mins ago 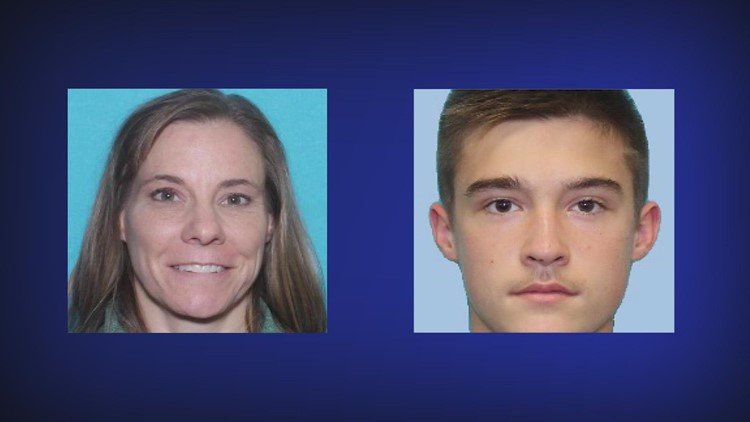