These and other steps outlined in the report are intended to boost Little Rock’s tourism and hospitality industry, which serves as an important economic engine for both the city and the state.

According to the master plan, in 2021, 21% of all tourism spending in Arkansas came from Little Rock.

Officials unveiled the master plan at a press conference Wednesday at the Statehouse Convention Center.

“The pandemic was like nothing we had ever seen before, and in [visitors bureau] we think our recovery from the pandemic is an opportunity to grow the industry in ways we never imagined before,” Gina Gemberling, president and CEO of the travel agency, told attendees. “The Tourism Master Plan is our roadmap to lead us to success in the next decade.”

The Visitor’s Bureau serves as the city’s marketing and tourism arm. It operates several downtown venues, including the Statehouse Convention Center and the Robinson Center, and derives most of its revenue from taxes levied on hotels, motels, and restaurants.

The report said local tourism officials intended to develop a master plan “at the end of 2021 due to the COVID-19 pandemic, an event that has caused catastrophic disruptions to the hospitality and tourism industry around the world.”

The Visitors Bureau hired Jones Lang LaSalle to help prepare the 10-year plan as well as the 2023 business plan. The attached business plan is intended to guide you through the first year of the master plan.

On Tuesday, two officials from Jones Lang LaSalle presented components of their work to members of the Little Rock Advertising and Promotion Commission — the commission that oversees the visitors’ bureau — ahead of the public opening. The same consultants, Dan Fenton and Bethany DeRose, spoke to attendees at Wednesday’s event.

According to the document, outreach conducted as part of the master plan development process included nine focus groups with more than 120 participants and a stakeholder survey with 228 respondents.

Stakeholder feedback and market research “revealed a lack of waterfront revitalization and a need for increased use of the river,” the master plan says.

The authors write that over the next 10 years, officials should look for partners to develop coastal areas within the River Market, and not necessarily just for water activities.

In addition to the amphitheater, playgrounds and art installations at Riverfront Park, “the area still offers a wide variety of attractions and experiences, but strong efforts are needed to increase accessibility and revitalize the waterfront,” the report said.

Comparable river destinations often have “additional passive recreational amenities as well as food and drink and retail outlets along their banks,” the plan says. “The positive impact this can have on a city’s ability to create places and overall appeal should not be underestimated.”

After analyzing how the groups used the convention center space, the authors found that the performance of the building could be improved.

“An analysis three years before the COVID-19 pandemic showed that from 2017 to 2019, the use [Statehouse Convention Center] in total amounted to approximately 45%, ”the master plan says.

Officials want to bring the annual utilization rate up to 60% over the next five years. In addition to changes to booking practices, the plan recommends that officials conduct a study to expand and renovate the convention center.

“Currently, the building is located “back side” to the river, which is not the highest and best use of the river facade,” the report says.

The authors further argue that “when the goal of optimization is achieved, the Statehouse Convention Center will essentially reach its capacity for incremental growth, and without expansion and new hotel construction, its impact will be limited.”

As for Ottenheimer Market Hall, the plan recommends that the visitor’s office “explore alternative operating models, including collaborating with local brands as well as regional and national entrepreneurs to reimagine and reactivate the space.”

There are several food vendors in the hall at different stalls. Its opening hours do not extend into the evening.

The master plan also addresses public safety and the perception of Little Rock in the wake of 2022, when the capital’s reported homicides set a new annual record of 81.

The authors of the plan note that during interviews with stakeholders and focus groups, the issue of crime and safety was raised almost every time. However, they conclude that, for now, “perception issues seem to be more prevalent than actual crime and visitor safety issues.”

One recommendation is that the marketing and public relations department of the visitors’ bureau tell positive stories and “include factual data where applicable”.

“Despite the need to address pressing crime and safety issues, the persistence of negative headlines only exacerbates perception problems,” the report says. “Stakeholders were adamant that Little Rock had too much to offer to be belied by crime statistics that don’t seep into tourist areas.”

The 2023 business plan lists seven goals with key objectives for each.

The plan does not specify whether this new funding should come from higher taxes, one or more alternative sources of income, or some combination.

Jones Lang LaSalle will receive a total of $337,500 for work on the dual plans as well as implementation assistance, according to Chris Phillips, CFO of the Visitors Bureau.

“This is the amount of the contract and it’s not really all paid yet as we’re still working on initial implementation during this year,” Phillips wrote in an email on Wednesday. 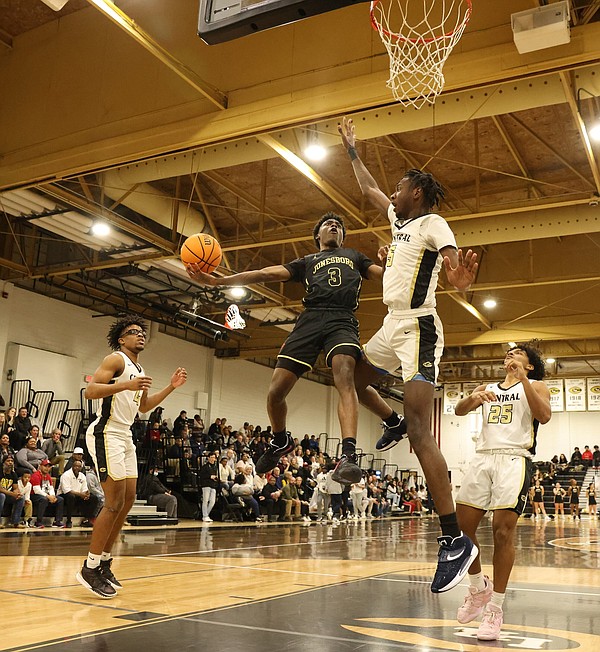 COLD AND WET FORECAST SAN ANTONIO: Temperatures in the 30s-40s this week with a chance of ice in the Hill Country.
5 mins ago