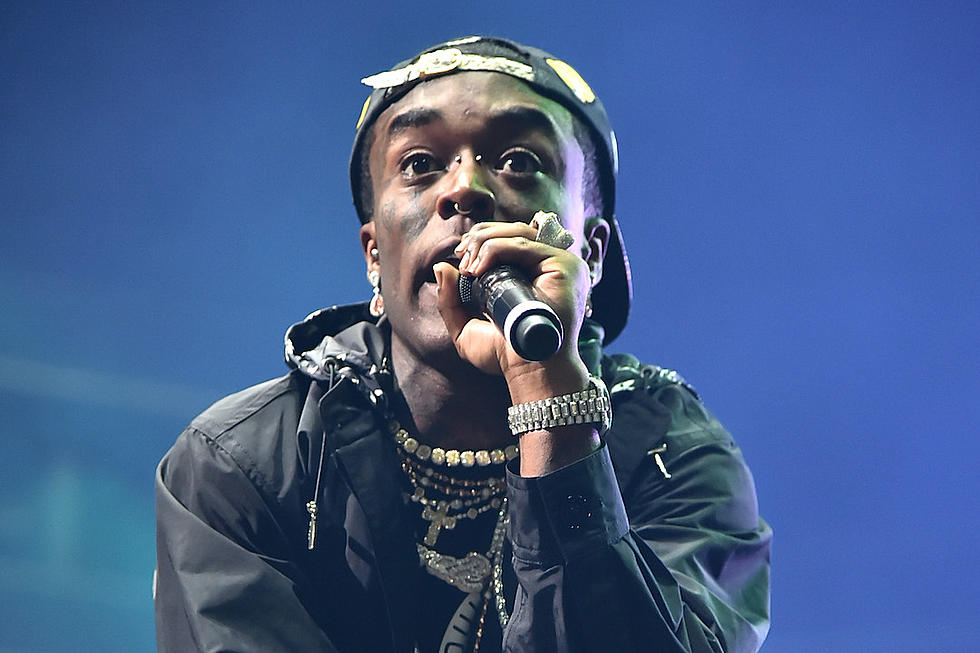 Lil Uzi Vert, who has garnered worldwide acclaim as a US rapper, songwriter, and vocalist, has many epithets like Baby Pluto and Renji. Lil Uzi was born as Symere Woods in Philadelphia, Pennsylvania, in 1994 on July 31. Aged just twenty-five, Symere Wood, aka Uzi, is one of the most successful rappers in the history of rap music that originated in the US.

Uzi Vert first came under the spotlight when he teamed up with Migos, a distinguished rap group, for lending his vocals to the single “Bad and Boujee.” The song which charted to the top of the US Billboard Hot 100 in January 2017 was Uzi’s debut single as a professional rapper. Standing tall at 5ft 4″, Lil Vert dated Brittany Byrd, a fashion designer, from 2014 till 2017 but broke up with her eventually.

The American rapper continues to be a highly eligible bachelor, and Lil Uzi Vert’s net worth is $20-$25 million.

Who is Lil Uzi Vert?

Lil Uzi Vert, whose net worth is about $19.5 million, according to Forbes, is one of the most well-known hip-hop artists in the US. He attracted the attention of the hip-hop and rap music specialists and aficionados for the first time in 2016 with the release of his debut single “Money Longer.”

About a year earlier (in 2015), Uzi Vert inked a recording deal with Atlantic Records after he released Luv Is Rage, a commercial mixtape.

The phenomenal success of his chart-busting single ‘XO Tour Life’ has not only enabled him to rake in the bucks but also propelled him to stardom. As per Forbes.com’s survey, Lil Uzi ranked fourth on the site’s list of ‘most followed artistes’ with over 3.5 billion streaming spins in 2018.

Lil Uzi Vert began seeing Brittany Byrd, a fashion designer, and advertising executive in 2014. The two kept on dating each other through the years till they finally ended their relationship in 2017. Byrd, who was a steadfast and prominent fan of Vert, bumped into the rapper at the Parsons School of Design after relocating from California.

Symere Woods had mentioned Brittany in the track “Nuyork Nights at 21” from the mixtape ‘Luv is Rage.’ Uzi Vert has also created numerous songs revolving around Byrd, and she has featured in the music video of the rapper’s popular single, “Money Longer.” Uzi Vert made their breakup public in 2017 on June 26 while announcing the title of a new song –”Stole Your Love.”

How Does He Make Money?

Since he started performing as a professional rapper and hip-hop artist, Lil Uzi has joined forced with several artists like Post Malone, Migos, and Mac Miller. Apart from the millions of dollars he has earned from his studio albums (Eternal Atake and Luv Is Rage 2) and mixtapes, he also grosses millions from his collaborations with other rappers and crooners. He earns a hefty amount from his tours and gigs around the US.

Pollstar estimates that the rapper makes about US$ 60,000 from each show. Lil Vert has amassed nearly $25 million in his professional career so far, starting from the day he began performing like a pro in 2015. Woods has been able to achieve name, fame, and glory, thanks to his single-minded devotion and his resolute aim to become a rapper to reckon with.

Full credit is due to Woods for struggling through the years to make his mark in an industry where the majority of up-and-coming rappers never come in the limelight. Uzi Vert never thought about multiplying his assets by investing in real estate, equity, or other business ventures. All along, he remained dedicated and committed to bettering his track record as a rapper.

And his unwavering devotion to his calling has paid rich dividends. Lil Vert had once claimed that though he was only 5ft 4″ inches tall if he stood atop the all the greenbacks he had earned to date, he would stand at more than 6 ft. He lives in an expensive mansion and owns a fleet of luxurious cars.

Of all the high-end and sleek cars he owns, his favorite is the black Bentley Bentayga.

That Lil Uzi was destined to be a rapper with a difference was evident right from his childhood. He was inspired by the styles of rappers who were popular during his growing up years, such as Mike Jones, Smash Mouth, Marilyn Manson, The Rocket Summer, and Paramore. Vert started rapping when he was in 10th grade and later on teamed up with his classmate William Aston and a friend to form Steaktown. The rap group, however, disintegrated by the time Uzi turned seventeen.

It was Don Cannon who first spotted Vert’s raw talent, and went on to sign up the latter with Atlantic Records. He launched his first mixtape, “The Real Uzi,” in 2014, which was not a commercial success. His sophomore mixed tape, “Love is Rage,” that witnessed release in 2015 and his fourth mixed tape. “Lil Uzi vs. the World” came out in 2016.

Lil Uzi vs. the World received a gold certification from RIAA as it was a huge commercial success. Woods issued ‘The Perfect Luv Tape’- his fifth mixtape- in 2016 on July 31. The fifth mixtape, following its release, charted to the 55th position on US Billboard 200 and attained the 20th spot on US Top R&B/Hip-hop Albums. This mixtape went on to receive gold certification.

The track “Bad and Boujee” on which Uzi collaborated with Migos scaled to the pinnacle of US Billboard Hot 100 in 2017. His single “XO Tour Lilf3” has seen more than 1.3 billion video and audio streams to date. Throughout his career, Uzi Vert has been nominated multiple times for several awards and citations, winning many of them.

Debt Consolidation as the Best Way to Deal With Debts

How Can Technology Help The Businesses Adapt To GST?

Paying Bills During the COVID-19 Pandemic

How to Get Bitcoins: 4 Different Methods to Try

Meme Stocks – What are They and Why Should You Care?